Posted on 5th January 2020 at 16:28
Now the hub bub of the festive period has come to a close and I have had time to reflect, 2019 has been a whirlwind of change, opportunity and adventures. What follows is just some of the highlights of 2019 and in no particular order, I begin with Timber festival. 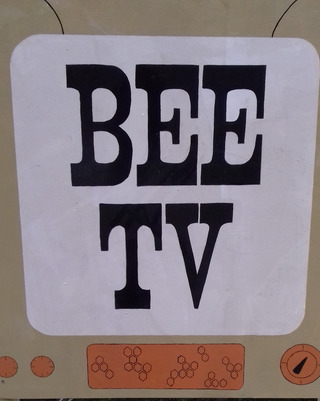 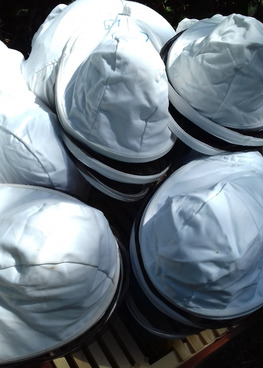 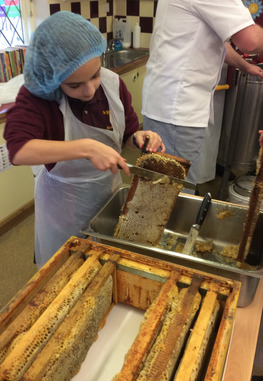 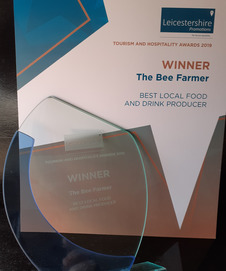 Media
I have been doing more media work. I did a piece for BBC Radio Leicester morning show on bumble bees. Then a piece for the BBC Political show on rewilding of road verges. We even were able to facilitate a closing link on Teresa May’s last days in office. The biggest session was shooting an episode for a show on BBC. It airs sometime on 2020. I cannot say more than that.
I also had the chance to support the National Forest by doing a very short piece to camera which formed part of their celebration video for the 25th anniversary of the National Forest and their vision for the next 25 years.
I am not sure if this is media but I cover it here just because.......
I was a finalist in the Rural Business awards held at Nottingham University. Later in the month I won my category of best food and drink producer in the Leicestershire Tourism Awards. It was quite unexpected. I had treated the event as my works Christmas outing. Attendees from The Bee Farmer Ltd … one. Present at the awards were several businesses I know from around the forest in North West Leicestershire. Several were runners up or won their category. Well done to them.
Trials and tribulations
It has not all been roses. My work truck developed a gearbox fault. It had cost serious money to get through the last two MOTs. I decided to invest in a newish truck. I researched and decided an Isuzu was the pick up truck for me. It turned out that Isuzu in my budget range are like hens teeth…..scarce. I made contact with a few Isuzu dealers with my shopping list. One came through for me before the old Ford gave up completely I even got a little trade in. Finance sorted, PDI (Pre-delivery Inspection) completed I got my new truck. Two and bit year sold, 32000 miles and full service history, canopy, tow hook, bedliner, seat covers, hand free telephone. Brilliant!! Three days later the engine expires. Something inside the engine let go whilst driving and burst out the side of engine block. The engine was destroyed. Timing was less than perfect as I had a producer from the BBC with me when it happened. As you might imagine I was not slow to ring the dealership. What followed can only be described as outstanding customer service. B & B Tractors did an exemplary job of resolving the problem and getting the vehicle repaired under warranty of which there was a little time left on it. They also gave me a truck as a replacement, a very nice twin cab Isuzu with all the toys. Kudos George at B&B. 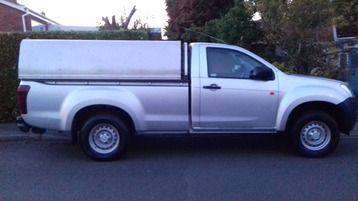 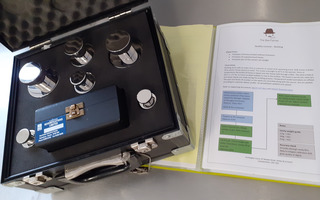 Red tape
Just in case it was quite busy enough this year I have all manner of red tape to deal with. Environment Health did their visit following the up grade of my extraction facilities. I received a five-star rating for my set up and processes, which is nice. Then we had the Valuation Rating Agency come for a visit and measure up. I qualified for Small Business Rate relief which is a relief but it was a strain waiting for the determination especially when the rate demand came before the notification of the rate relief. Weights and Measures came out to test my processes and scales lest I be cheating you all out of honey. It turns out you are not but I am being forced to buy a set of scales that are less accurate but have an official stamp upon them.
As I have accreditation under DASH (Disease Accreditation Scheme for Honeybees) from the Bee Unit of DEFRA. Essentially, I am my own bee inspector. I am audited periodically. Guess what? It was this year. With staff upheavals at the Bee Unit it was a little late in the season for the Bee Inspector to call. He called, bees inspected, protocols and records reviewed. I have accreditation for another three years
Red tape. don’t you love it!
Special Occasion
My lovely wife, Hazel was invited to the Queen’s garden party. She was nominated by the National Forest Company for her here work in the area and support of the forest.
Luckily, I was invited as Hazel’s plus one. It was a very special day out. 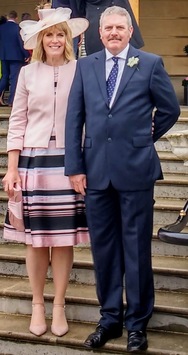 2020
Onward and upward for 2020. I have created a product called the Introduction to Beekeeping. It is a one day course partly of class work and partly with the bees. I have bookings for the course already. The course is to be run in collaboration with Squirrel at Wellesborough.
The biggest deal for 2020 is the launch of the Diploma In Bee Farming. This has been a long standing wish of mine to have a properly backed course that potential Bee Farmers can use to get the training they need to start up successful businesses with bees. The course is backed by The Worshipful Company of Wax Chandlers and City & Guilds. It might be the only approved course for Bee Farming in the world. [citation needed]
In and out of all of the above I managed to look after my own set of bees, ride my motorbike, take a few days off, keep up with my VAT, write a few blogs, (Click HERE in check them out) have dinner with old friends, make new friends and sup a few beers.
Check out the links below and subscribe to one or more of my social media channels
Get advance notice of events and news by joining my mailing list. Click HERE to join. 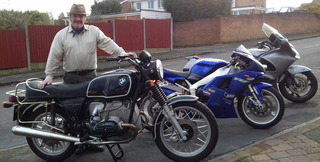